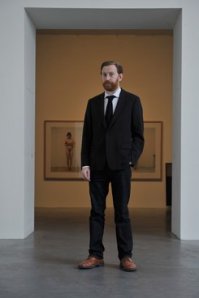 Loosely on the theme of my recent post ‘Computer Geeks and the Artists Statement’  I felt that should inform everyone about an upcoming event organised by The Speaker Society and taking place at one of the more enlightened London Galleries: Paradise Row. On the 22 March 2011 Simon Baker will be giving a lecture entitled Conceptual Art and Chaos. Whether the lecture is part of the problem or part of the solution I will leave you to judge. It is certainly a debate that is needed and should prove very interesting – I quote directly from the press release below:

What would it mean to think about the notion of the work of art at the beginning of the twenty-first century by considering the provocative proposition that conceptual art is at the end of its tether; how would this conceptual bankruptcy manifest itself and what kinds of alternative practices might force themselves into play?

This talk will take as its starting point the premise that the notion of progress or development in contmeporary conceptual art has become radically compromised by the inward-spiral of self-referentiality inherent to conceptual practice itself: that what was originally a radical component of critical practice in terms of the historic avant-gardes has become the spanner in the works, resulting in an ornamental neo-roccoco parody of criticality, in which production seizes itself up into chrystalline inertia.

How in other words, should we understand the relationship between form and content in a context in which reality is increasingly mediated and digested through conceptual conceits? Is the ‘real’ which was supposed to have returned in conceptual practice years ago now ready to side step it completely, and just turn up, an awkward, uninvited and unwanted guest?

Much more of a series of questions that suggested answers, this talk will consider issues of political and emotional engagement, immediacy, idiocy, mediocrity and failure in the hypothetical aftermath of conceptual art.’

You are currently reading conceptual art and chaos at a kick up the arts.