computer geeks and the artists statement 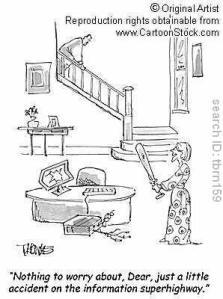 My apologies for the absence of recent posts – ok, so you hadn’t even noticed. Anyway I am now back from a brief holiday in Wales and a trip to a dark netherworld of unintelligible language and strange people.

I should quickly explain that these are two different places. The first – South Wales – is a delightful, bright land of friendly and normal people who were, for the most part, wholly intelligible. The ‘other’ place is the world of the computer geek. I was forced to visit this hell-hole of eternal damnation following the meltdown of my computer – due to a nasty viral infection, or so I am told. I have been bombarded with words/concepts/objects (I dont know quite which)  like workgroups, re-formatting, encryption keys, default gateways, protocol properties and, god help me, subnet masks. 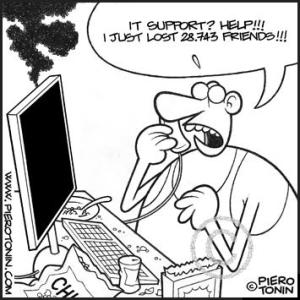 Fortunately I survived nearly drowning in the Styx and getting lost in meadows of asphodel and came out the other side intact with a working computer. However it did strike me that my bewilderment in this other ‘world’ would probably relate quite closely to that experienced by an IT engineer forced to read a copy of Artforum or attend a contemporary art gallery opening.

Despite the various re-incarnations of  ‘Art for All’ as preached by many from Gilbert & George to … well – whoever, the art world has largely failed to adapt its ‘geek-like’ language to those to whom it professes to appeal. The Tate may attract visitors by the thousand, but the public interaction with the art world probably tends to be rather shallow and their perception of private galleries probably is that they remain quite intimidating places run by, well, art-geeks.

The ‘artists statement’ symbolises this mis-match. Peter Schjeeldahl writing in the March 2011 edition of Frieze brilliantly hit at least one nail on the head in ‘Of Ourselves and of Our Origins: Subjects of Art’. He writes:

‘We live in the age of an educational abomination from hell: the artists statement…. a batch of required thinking which purports to be about the inspired doing of something, but which replaces it. The art-schooled art world is mad for intellectual hooks. These leapfrog from an idea, sail clear over the sweat and bother of actual creation and land in forensic analysis, which some dismal pictures or objects have been served to illustrate.’

I recommend reading the whole article on page 104 (and online) of Frieze. I have nothing to add m’lud.

§ One Response to computer geeks and the artists statement

You are currently reading computer geeks and the artists statement at a kick up the arts.