“The sensation of the passage of time always inspires me. Time changes everything, and when I can detect the pure movement of time, nothing else seems to matter. In these moments, there is very little else I would want to do.” Wang Guangle 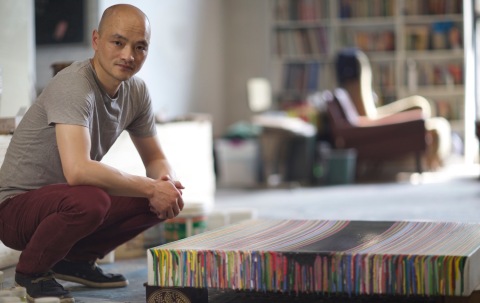 Pace gallery is one of the world’s leading commercial art galleries. Their artists include modernist icons like Josef Albers and Robert Rauschenberg plus the likes of James Turrell (see our exhibition review here), John Hoyland (see review here) and David Hockney (see review here and ‘On the trail of…’ here).

Anyone remotely interested in the ebbs and flows of the contemporary art market would indeed therefore be very wise to keep a close eye on their latest activity. A recent example would be the February 2016 opening of their new gallery space in the cultural desert that is Palo Alto in silicon valley. The ‘out-there’ decision to add Menlo Park to their big city portfolio of London, New York, Beijing, Hong Kong and Paris caught many in the industry by surprise but it is certain that there will be many carefully monitoring its success – or otherwise. 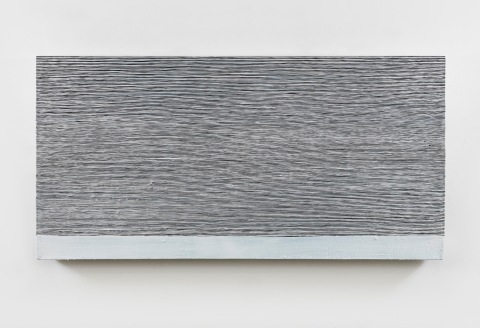 Wang Guangle is a younger artist who was born 1971, trained at the Beijing Academy and graduating in 2000. His name will not be familiar to many outside China, indeed Yellow will be his first solo exhibition in Europe, but this is a name that we will probably hear more often. His style of abstraction is easy on the western eye with its superficial similarity to modernists like Albers and Rothko perhaps, although it is an abstraction that actually comes from a more distinct and  recent Chinese angle.

Wang is best known for his memento mori style abstraction—inspired by the traditional burial practices of southern China, his tactile works are produced in a process of repetitive layering of different colors of acrylic, his works united by experiments in depth and space. One of the preeminent abstract painters of his generation in Beijing, Wang’s work is rooted in questions of painting’s temporality and the canvas as a vessel of labour and marker of time. 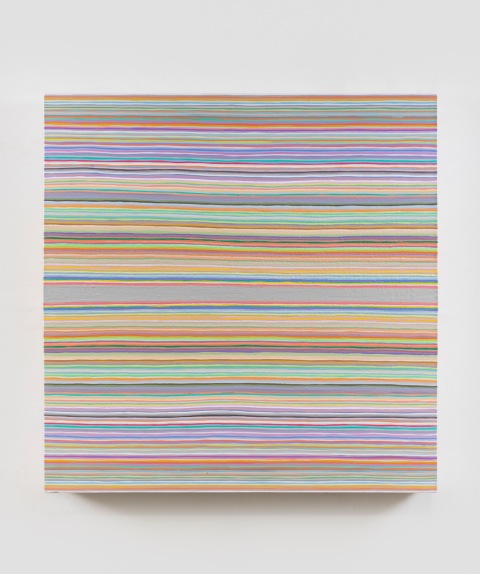 A series entitled Coffin paintings, shows thin strips of acrylic paint lining the canvas and wrapping around the frontal surface, leaving the drips along the sides. Multiple layers of paint added over periods of several weeks provide a characteristic striped effect and both illusionistic and real physicality. This layering process has its origins in his home region of Fujian, where elder men annually add a fresh layer of lacquer to their coffins in anticipation of their death. 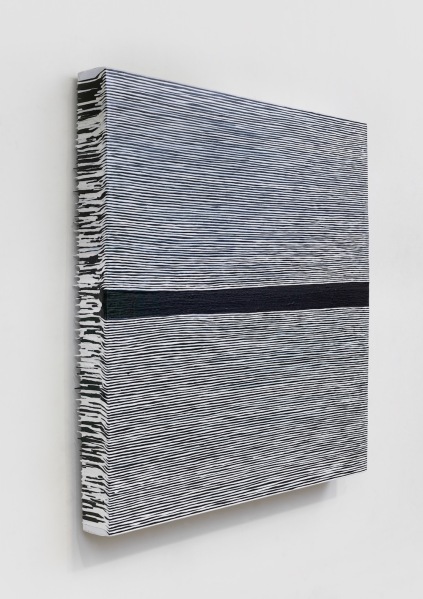 The Untitled paintings mirror this process of scaling and accumulation in the Coffin works while placing a greater emphasis on geometry. Wang paints rectangular fields, each layer progressing farther from the edge and closer to the centre, creating a subtle gradation of colour and the effect of an illuminated rectangle or void. In these works, the question of abstraction arises; for Wang, abstraction is less a means of non-figuration and more of record that most abstract of phenomena: time.

Wang Guangle: Yellow is at Pace London until 16 April 2016

You are currently reading Wang Guangle: Yellow – Pace Gallery, London at a kick up the arts.