State of Mind – a Photobook by Nuno Moreira

Photobooks are a strange art form unto themselves. Some photographers see individual images as the ultimate expression of their craft whilst for others the photo book is the essential form. The sum of many parts, they comprise individual photographic works, not necessarily of high individual quality, but when edited together they make a greater whole.

Something unique is created not only from the images and their editing but also from the feel and texture of the paper as well as the design, typography, size and layout and, often compared to plays or film, they may well also have a dramatic narrative. (Anyone with any further interest in the art of the photobook should certainly make efforts to see the definitive work: The Photobook – A History by Parr & Badger.)

The Portuguese photographer, Nuno Moreira has, with State of Mind, created a perfect example of such an artwork. This is a photobook comprising works from his personal archive constructed and captured over a period of several years of travelling covering such diverse locations as Japan, Portugal, Hungary, Malaysia, Spain, South Korea, Ukraine, Romania, Russia and Taiwan. 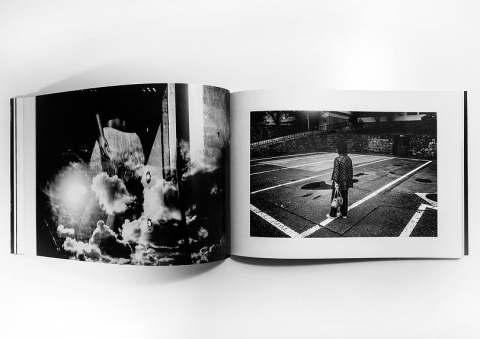 What is perhaps initially surprising however is that the images do not indicate the diversity of these locations, but rather the opposite. The book brings them together under a unifying umbrella where continents, countries and cities melt into a statement on the humanity of their populations.

The people here are shown as a series of individuals or small groups. Sometimes we just glimpse their shadows, backs or reflections, sometimes just traces of their existence. A foot steps in to a railway carriage, shadows pass each other on a busy (we assume) pavement, a woman struggles with an umbrella in a sea of snowy tyre tracks or passengers gaze blankly from train windows. 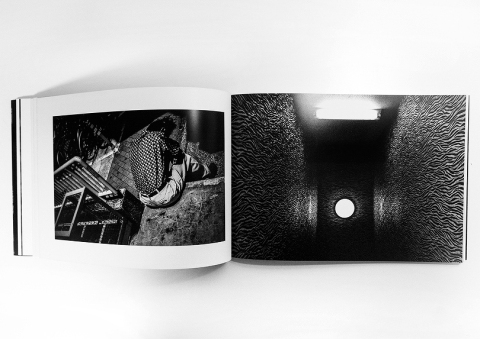 There is a lot of travelling going on. People walking the streets, in stations, cafes and trains. There are roads, pavements, walkways and waiting areas. Through constant change and movement Moreira has found a unity in these divergent peoples. Perhaps through his own experiences of travelling these represent stills within a continuous journey. We do however see the diversity of the individuals, each with their own thoughts and in these silent moments.

The title State of Mind could ultimately then refer to not only the individuals pictured, but also be an observation of the collective whole or indeed an ongoing picture of the mental state of Moreira himself during his travels. It is a photobook of the highest quality where the individual images are actually often compelling works of art in themselves but it is however as a photobook they indeed work best.

Copies may be purchased directly from the artist at www.nmphotos.org or email info@nmdesign.org

A Q & A with the artist will follow soon in another blog.

§ One Response to State of Mind – a Photobook by Nuno Moreira

You are currently reading State of Mind – a Photobook by Nuno Moreira at a kick up the arts.