Mark Wallinger, in a ceremony at the Dairy Art Centre in London last night, awarded the Contemporary Art Society annual prize to Elizabeth Price who will produce a work for the Ashmolean Museum. Price will create a significant new moving image piece will be premiered in Oxford on completion.

Turner Prize winner Elizabeth Price is an artist who uses images, text and music to explore archives and collections. While her work is informed by mainstream cinema and experimental film, it is mostly concerned with the medium of digital video and its comparative ubiquity in today’s culture.

Price’s commission will explore the archives and collections of the Ashmolean Museum and the Pitt Rivers Museum, looking particularly at photographs of artefacts and documents used historically by curators, anthropologists and archaeologists working in the field, while simultaneously engaging with digital technologies. 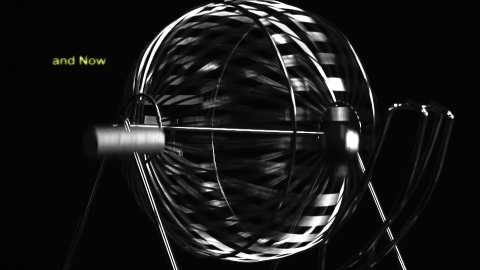 Elizabeth Price was visibly delighted at winning the award.  “I’m so happy to win this prize. I’m particularly excited about the unique opportunity to work with the collections, and the people at the Ashmolean and Pitt Rivers Museums in Oxford.”

Price beat some fine artists to the award. Other entries were Jess Flood-Paddock for Birmingham Museums, Des Hughes for The Hepworth Wakefield and Lucy McKenzie.

Although not a name that will be familiar to many art lovers the (CAS) has long been doing much important work ‘behind the scenes’ raising money, brokering purchases and awarding commissions. Now in its fifth year, this prestigious £60,000 prize is one of the highest value contemporary art awards in the country.

By means of its annual award CAS has donated many ‘firsts’ to museums across the country throughout its illustrious history, including the first works by Paul Gauguin, Pablo Picasso and Francis Bacon and, more recently, the first works by Damien Hirst, Elizabeth Price and 2013 Turner Prize nominee Laure Prouvost.

You are currently reading Elizabeth Price wins £60,000 Contemporary Art Society Annual Award at a kick up the arts.